How far along: 31 weeks & 1 day
Baby updates: Baby Harper is weighing somewhere around 4 lbs!
Mamma updates:  I’ve been feeling good lately — fully recovered from the food poisoning.  My only symptoms lately are heart burn at night, some normal aches and discomfort, and ankles are swelling a little…
Things I miss: Sushi.  I’ve gone out for sushi with friends 3 times in the past 2 weeks!
Cravings: Sweets
Weight: +19
Best moments of the week:  So many great moments from Mike & Moira’s visit, but I think the conclusion of their trip at Camburi beach may have been the highlight.  I will do a separate post (or 3!) up next! How far along: 30 weeks & 2 days which means we’re in single digits — only 9 weeks and 5 days to go!
Baby updates: Baby Harper is supposed to be weighing about 3 lbs, but we had an ultrasound today and learned that he’s closer to 4 lbs! Big boy! Right now he’s focusing his efforts on putting on the pounds and should double in weight before he’s born. (Yikes!)
Mamma updates:  Not pregnancy related but on Saturday I got food-poisoning from my favorite restaurant in Rio and proceeded to undergo what was, physically, the most miserable couple days of my life. Without going into too much detail, I think I threw up at least 12 times in the first 24 hours. I was so worried about the baby but tried my best to stay hydrated for him, and am so thankful to Michael for taking such good care of me.  I’m slowly starting to feel better, but am still super low on energy.  My doctor had me do an ultrasound today to check on our little guy and be sure he is OK and we were so grateful to see that he’s looking good and is perfectly healthy.
Things I miss: Feeling good and having energy.  Also being able to get comfortable enough to sleep at night — something which has been very difficult for me lately.
Cravings: Peach tea.
Weight: +16. Down a bit thanks to food poisoning.  😦
Best moments of the week:  Our very dear friends, Mike & Moira from San Francisco, came to visit!!  Michael and I met them in Rio on Friday and now we’re gearing up for São Paulo fun followed by more beach time this weekend! So thankful for their friendship and their visit!!  Trying to recover quickly so I can participate in all the fun! Full post on their visit coming…

In Brazil, the law states that if you have lived here for over 6 months and you drive a car, you are required to get a Brazilian driver’s license.  We bought a car a few months ago and since we’ve already gotten our first speeding ticket (oops!), Michael figured he’d better go ahead and get his license here too.

He got all of the paper work processed, so a couple of weeks ago Michael had his secretary call the “DMV” office to see if he needed an appointment to go in.  She called and their response was, “Nope – no appointment needed.  He can just show up and come on in!”  Great!  So, he drove an hour to the office, showed up, and went in.  When he got inside and asked about taking the test, the woman told him that she was sorry but they were “sem sistema” — their operating system wasn’t working.  He asked how long they had been sem sistema and she said that it had been off all day.  Michael told her that his secretary had just called an hour ago and the woman replied, “Oh yeah, I spoke to her.  She just asked if you needed an appointment.  She didn’t ask if our system was functioning.”

Seriously?  Yes.  And this is so TYPICAL here!  It must be some breakdown in the education system that doesn’t encourage outside-the-box thinking or even just logical, rational common sense.  It is very common to find people here – from waiters to lawyers – who seem like they are only capable of responding to the EXACT question you ask, but not thinking one second outside or beyond that to other things that you might want to know.

Anyway, the story doesn’t end there.  The office remained sem sistema all week, so last week, after confirming that everything was indeed up and running, Michael went back to take the test.  Now, there is a driving portion required for new drivers, but since Michael had a license in the US, all he needed to do was take the psychiatric test which is required of everyone getting a license.  This test included things such as matching shapes on a page and drawing small vertical lines to fill an entire piece of paper, interrupted only when the worker would call out “dash” for a small horizontal line.  Yes.  Seriously.  Apparently it’s supposed to check if you’re crazy…?  Thankfully Michael has lots of patience and is great at drawing small little lines, because now he has an official Brazilian driver’s license!  I think I’ll hold off on getting mine for a while… How far along: 29 weeks & 1 day
Baby updates: Baby Harper is weighing about 2.7 lbs and is around 16 inches long. These days he’s beefing up and developing his brain and bones! He’s staying active and I really cherish getting to feel him move all day (& night)!  It’s a funny, sweet feeling to know that you’re never alone — I always have a little pal with me.
Mamma updates: I’m feeling good — some back aches and random stomach cramps, but usually nothing that lasts more than an hour or two.  I’m needing a lot of rest, but thankfully I’ve been sleeping really well at night.
I’m also starting to try to get a little more educated about the whole labor & delivery process — trying to determine when less-knowledge-is-more versus the things that I really should know in advance… Yikes.
Things I miss: Caipirinhas!
Cravings: Milkshakes and chocolate chip cookies.
Weight: +17 still. I definitely need to be wearing maternity bottoms and am in maternity tops about 85% of the time, but I can still wear most of my old dresses.
Best moments of the week:  There were lots of great moments this past week, but probably the most special was getting to celebrate Mother’s Day for the first time! I know that our little guy still has a few weeks left to bake, but I am his mama nonetheless!  We celebrated by gathering with friends after church at our sweet friend, Deborah’s, for some tasty feijoada and great company. 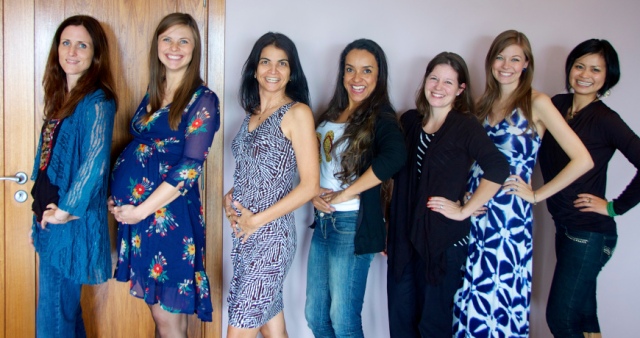 So thankful for all of the amazing moms in my life — especially my awesome mom Susan, my sweet mother in law, Sharon and my fabulous grandmother, Nan!  XO!

Maybe everyone else knows this, but until I moved to Brazil, I had no idea about the fierce rivalry that exists between Brazil and Argentina.  Now, I think it’s mostly all in good fun, fueled by competitiveness on the soccer field (who was better: Pelé or Maradona?), but it exists nonetheless.   So I really shouldn’t have been so surprised by my Brazilian friends’ reactions to the new Pope…

On the days leading up to the naming of the new Pope, Michael and I were glued to the coverage.  So much pomp & circumstance, secrecy & ritual.  It’s amazing.  And we were extra excited since one of São Paulo’s cardinals was said to be a top contendor for the spot.  Although in the end it wasn’t a Brazilian who was named the new Pope, it was still very exciting to have someone from the Americas – especially Latin America!  As the country that houses the world’s largest Catholic population (about 75% of Brazilians are Catholic), I thought that Brazil would be thrilled.  And I think that by now they are more excited about our Argentine Pope, but that was not the initial reaction.

Michael and I spoke to around 10 Brazilians about the new Pope on the day that the announcement was made, and every single Brazilian male made some comment about how this would just fuel Argentina’s pride and make them think that they were divinely inspired to win the World Cup.  Ha!

Thankfully, Brazilians have warmed up to Pope Francis, as his first international trip will be to Brazil for World Youth Day!  At the end of the day, no matter where he’s from, even the Pope knows that Brazil is the place to be. 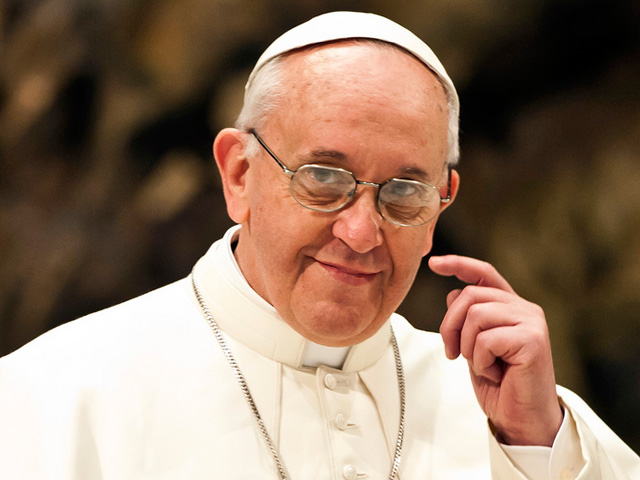 How far along: 28 weeks & 2 days
Baby updates: Baby Harper is weighing about 2.5 lbs and is around 16 inches long! He’s very active and I have come to love feeling him wiggle around through the day — especially because it is such a good sign of his health & well-being!
Mamma updates: I’m generally feeling pretty well, although this was kind of a tough week with more aches & pains.  My normal 20 minute walk home from work is taking me more like 30 minutes and I am getting more cramps when I do too much, so I’m trying to take it easy.  I’m also having a harder time getting comfortable and sleeping.  Thankfully my doctor said everything looks good and normal, so nothing to worry about, and I would definitely take these third trimester discomforts over those of the first trimester any day.
Things I miss: Caipirinhas and feeling normal!
Cravings: Nothing really.
Weight: +17
Best moments of the week:  Lots of fun over the past week!  Celebrating birthdays (Jeff Jones & Joe Harper in São Paulo, Mama and Bradley Zais from a distance), spending time with friends, helping Joe move to a new apartment one block down the street from us, AND our dear friends, the Hudsons, were so kind to let us send some of our big baby-items in their crate-shipment which arrived this week, so it has been really fun to do some rearranging and get a little more ready for baby Harper to arrive.  We’re so excited to meet you, little guy!