On Friday our friends and newlyweds Mark & Elise Norcini graced the Bay Area with their presence.  A group of us went out Friday for the city’s best tacos at Tacko (Mexican food + Nantucket atmosphere = amazing) followed by drinks and some competitive shuffle board at the Marina’s “most controversial spot” (according to Michael P Saign due to the bar’s “dress code” that seemed neither enforced nor controversial from my experience).  Saturday morning the group rented a Yukon and headed North to the Sonoma Food & Wine Festival.  Our group included Harps & myself, Mark & Elise, Mike & Moira, and Nathan & Shannon.  Aside from the torrential down-pour (that did not dampen our spirits), the day was epic.  Here are few highlights from the group:

1) At the first vineyard we met a real live witch and learned about how they make their wine which includes burying cow horns filled with manure on a full moon, digging them up, stirring the remains in a caldron by moon light and brewing it into a tea that they sprinkle across the land.  The only rationale reason I could garner for why they employ all of these tactics is because it keeps the bugs out…?

2) The “salmon glasses” that we all wore that supposedly made it easier to look into the water searching for salmon that were totally non-existant.

4) My wine glass jumping out of my hands and breaking into a million pieces and the entire room erupting in a collective oooOOOOOO…!

5) The invention of the “cork-bounce” game that I thought was going to get us kicked out of some places but somehow everyone loved it. 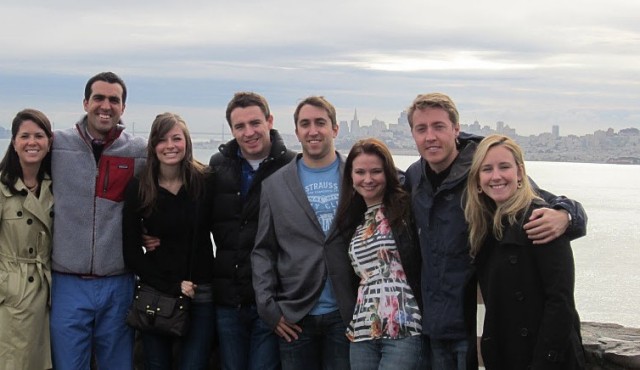 At the start of the trip after crossing the GGB 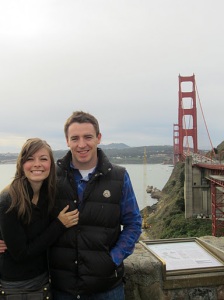 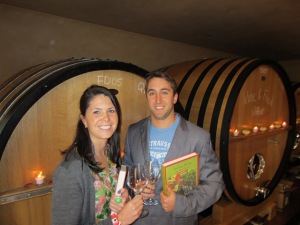 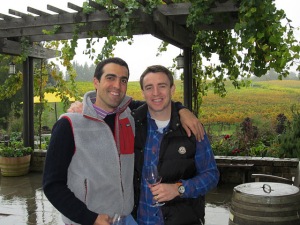 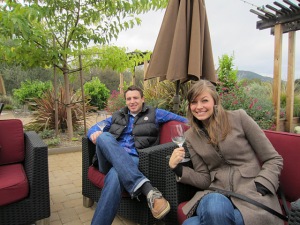