Hospital Stay: It was amazing!!

We were at Einstein Hospital from Sunday morning (1am) until Wednesday around noon, and it was amazing! Einstein is one of the nicest hospitals in all of South America and we were so blessed to be able to have our little boy there. Everything about the hospital is nice, but it’s the level of service that really pushes it over the top. There are nurses just for baby and nurses just for mom and all of them are fabulous! They are so enthusiastic and act like your baby is their favorite and the cutest, like you are the best mom, and like they want nothing more than to keep coming by your room to make sure every little thing is going well.

We generally kept Colt in our room to hang out during the day, but let the nurses bring him back and forth for feedings at night so that we could rest a little more. Although Michael helped out a couple of times with diaper changes and bathing so as to learn how, the nurses changed all the diapers and did generally everything for us which was great!

The view from our hospital room 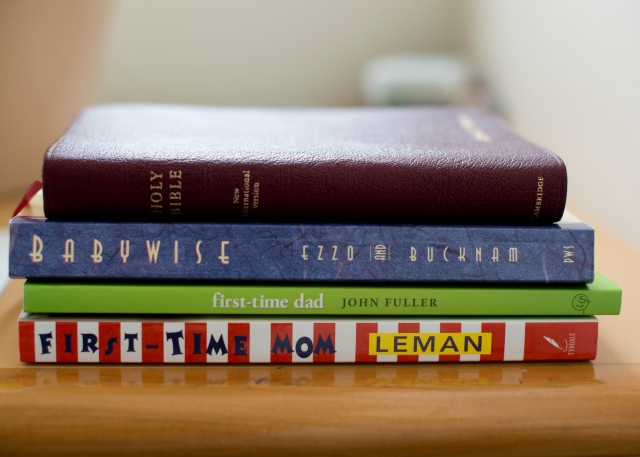 On Sunday (his birthday!), Colt spent a couple of hours in the NICU making sure he knew how to breathe properly. Thankfully, they told us that once he got it figured out, it’s not something that he would struggle with again, so we were happy when he was brought to us around 4pm, never to return to the NICU.

Tuesday was a big day for Colt as he had his Hepatitis B immunization shot and his circumcision. He is super tough and hardly cried for either! Later that day we learned that he had a little jaundice so he spent some time under the tanning lights that day/night, but on Wednesday they said he was doing great and wouldn’t need any more treatment. 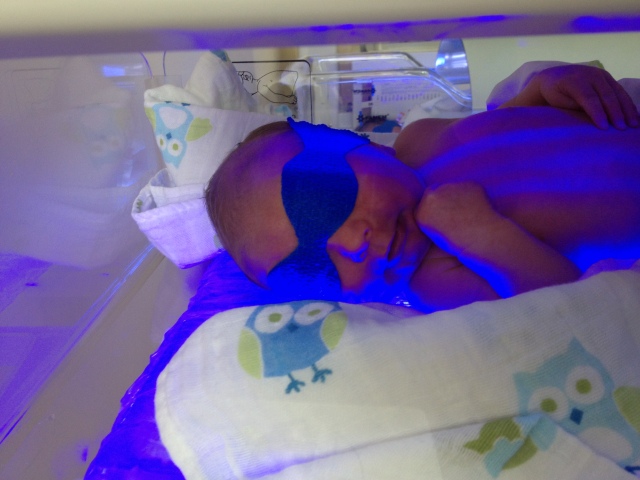 Treating his jaundice under the lights

We left the hospital on Wednesday afternoon and on Thursday we took Colt for his first appointment with the pediatrician where, again, he was a total champ! Apparently his weight had gone from 6lbs 12oz at birth to 6lbs 2oz, which was a smaller percentage of weight loss than normal which made us feel good and assured that he is getting the nutrients he needs. He also went from 47cm at birth to 49cm on Thursday, although maybe he just wasn’t fully stretched out the first time… 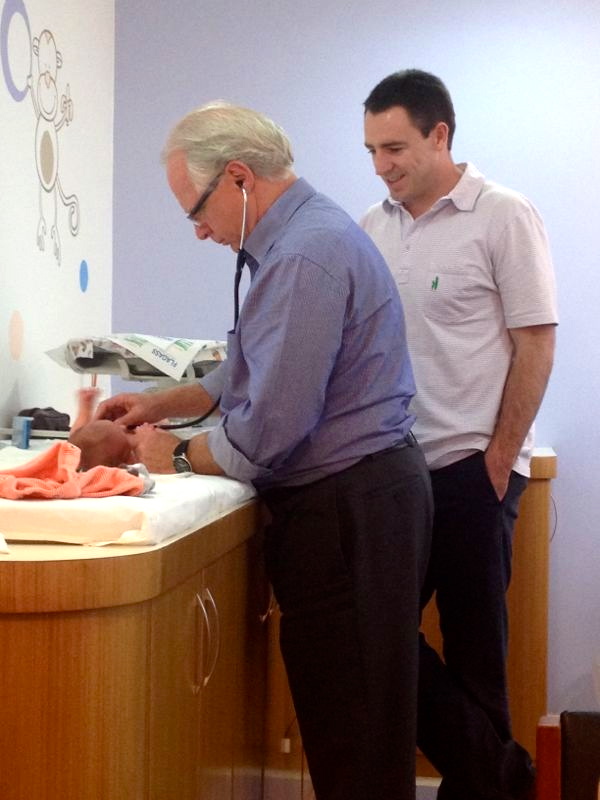 Friday we took him back to the hospital to meet with his pediatric surgeon to check on how the circumcision was healing and we are thankful to say all is well on that front too!

Feeding: Nursing has been painful but awesome!

Nursing has been going really well. It has definitely been a little painful – especially in the beginning – and the 3 days that my milk first came in were NOT comfortable, but all of that has been totally manageable for me and SO worth it to be able to feed my sweet boy. It still hurts some, and my body is clearly still learning how much milk to produce (as in, it’s currently way over-producing), so even though I am ruining a ton of shirts right now, I’m very thankful that this is the problem we’re having.

Right now we’re on a pretty predictable 3.5 – 4 hour feeding schedule, and he does about 15-20 minutes total (8-10 per side). This seems short and spread out to me (especially because we started out with hour-long feedings!), but everyone at the hospital and our pediatrician said it was totally fine. He is making lots of big diapers and is at a healthy weight, so he must just be an efficient little eater.

Sleep: I’ve been surprised at how not-that-bad sleep has been for us. Although we are waking up to feed a couple of times during the night, Michael and I still get pretty good stretches of sleep in. Also, Colt is an awesome sleeper. We have had him in his crib for most naps and all night-time sleep since we came home and he’s done great with it. He’s so calm that even if he isn’t asleep when we put him down, he’ll just hang out until he falls asleep and he almost never cries.

Colt’s Personality: So far he has been a pretty amazing baby and we feel super lucky. Like I said, his feeding schedule is pretty predictable anyway, but when he gets hungry and ready to eat, he’ll make little grunts and movements for a good 10-20 minutes before he will cry for it. This is very helpful for us and allows us to know when to feed him before he gets upset. He basically never cries out of tiredness and just kind of falls asleep when he needs to. The one thing that he definitely does not like though, is being cold. When we change his diaper he usually cries for a minute or two, but he is a quick soother and the second that a new diaper is on and he starts to feel like he’s getting dressed again, he stops. He behaves similarly with bath-time — cries for a minute when he gets undressed but quiets down as soon as he’s in the warm water. I’m a little nervous that he is still just new and “waking up” and that he might transition to a more feisty personality, but for now Michael and I are VERY happy! 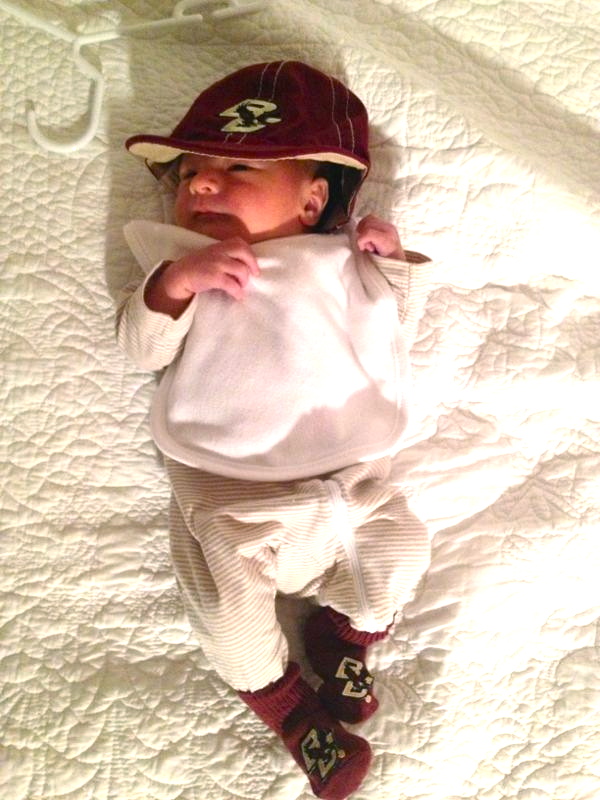 Colt says, “Go Eagles!! Thanks Matty M for sending me such sweet BC gear!”

Thankfully everything else has been going so amazingly well, but during the first week, I was having a really difficult time recovering from the surgery. I had a lot of pain about an inch or two above my stitches, concentrated mostly on the right side. It was very intense and was the worst when I was walking around or doing anything. The pain was so extreme that it pushed me to tears every single day.

On Friday, when we were at the hospital visiting the pediatric surgeon, I ended up crying in his office because I was hurting so badly. He asked me about what I was feeling and then said that, although it is not his area of expertise, he felt like it was an abnormal amount of pain to be in given the length of time since my surgery. He advised us to go to the ER after our appointment just to have it checked out. We agreed that it would make us feel better to do that, so we went to the ER. The doctor who examined me first said she thought it sounded like I had internal bleeding causing pressure to build up, but after an ultrasound of the whole area we were relieved to hear that they couldn’t find anything wrong. The doctor said that the healing process is different for everyone and for me it just seems to be a slower, very painful one, but that over time I should be feeling better. We talked to my doctor and she advised that we get something to help relieve and distribute the pressure so I got something similar to Spanx and that has been somewhat helpful.

Due to the amount of pain I was in for the first week, I would spend almost all day in bed. This has meant that since coming home, Michael has had to do EVERYthing. For the first week, he did every diaper change, every bath, every outfit change, he brought Colt to me for every feeding, he prepared and brought me every meal, cleaned up every dish, brought me my phone, my computer, my chap stick, helped me get dressed and undressed… it’s been unbelievable. And all the while, he is still having to do work from home. He has had an AMAZING attitude and promised that he loved it and could do this for the rest of his life, but emotionally, it was very difficult for me to be unable to help or be a part of taking care of our son in those first days. I wanted so badly to do all of those things but the reality was that I just wasn’t able to. Thankfully, I am married to Superman and he has already proved to not only be the best husband of all time but also the best dad.

I’m happy to say that as of Monday, I have been feeling much better. I’m still resting and taking it easy, but the intensity of the pain has decreased to a much more manageable level, so I’m able to be up and about a lot more. Also, we moved my mom’s flight up and she will be getting here tomorrow which will be awesome. She would have come sooner but frankly we still needed to send her some things to bring down for us and we felt like I might need her more once Michael returns to work in the office next week.

The other side of post-pardum is emotional, and I certainly felt it! I have felt very very happy, but was just crying at the drop of a hat. It seemed like I couldn’t look at Colt for more than a minute or tell Michael that I loved him without tearing up. The past day or two I have felt more like myself, but I am so overwhelmed with love and joy and thankfulness that I sometimes think my heart is literally going to explode. Michael and I agree that the love that we feel for Colt is so much more intense than anything we could have imagined, and my love for my son only makes me love his dad and love the Lord that much more. So many blessings and so much to be thankful for.

Visitors: Our SP friends and family are the BEST!

We have been beyond blessed by the friends and family we have in São Paulo. They have been so over-the-top in taking care of us and have provided us with the most incredible meals (I’m talking gourmet-style), tons of groceries, and lots of sweet visit time. 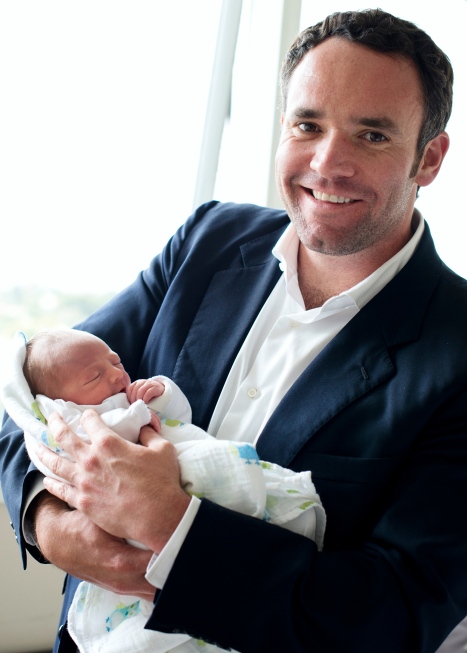 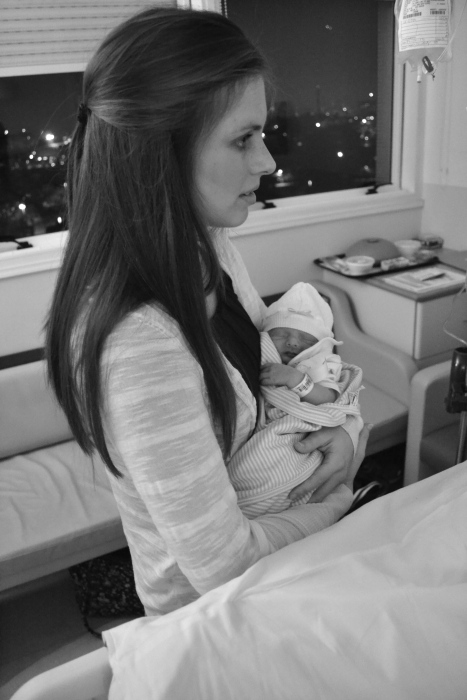 Coming Home: On Wednesday, I felt mixed emotions about coming home. At the hospital you just know that everything is safe and taken care of, and to be honest, I was worried about Michael since I knew that I would be of no help when we got home. At the same time though, I was excited to get home and just be a little family of 3!! It is what we have been dreaming about and imagining for so long, and sure enough it really has been incredible!

So, on Wednesday afternoon Michael packed up all of our things, helped with one final diaper change, and then drove his wife and son home!

I was hurting a lot when we got home so I sat down while Michael gave Colt a tour of the apartment, ending with his room where he laid down in his crib for the first time! 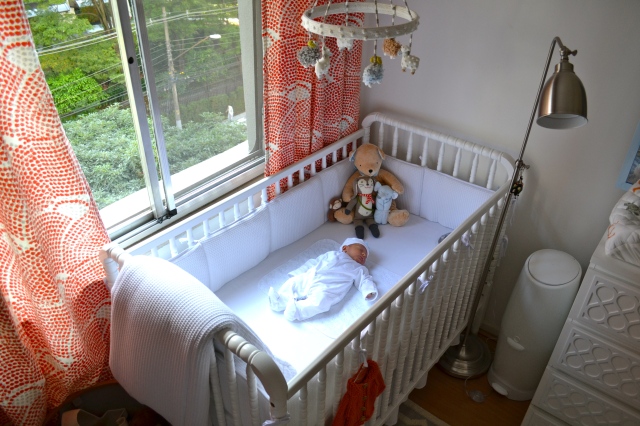 Although it’s been a ton of non-stop work for Michael, and a lot of pain for me, being home as a family, just the three of us, has been absolutely out of this world amazing. It is so much fun and I can’t imagine Colt ever not being part of our family.