Colt Medical: We haven’t been back to the pediatrician to weigh him, but he is definitely growing and gaining weight great. We tried to weigh him on our scales at home (me solo and then me holding him) and we think he’s around 8.6lbs (8lbs 9oz) — growing boy! And, when I tried to measure him, he was about 21.5 inches.

In other news, he is growing some pretty little eyelashes and he finally lost his umbilical cord on Saturday (day 20)!

Feeding: Nursing is still going really well. It seemed to hurt a little more this past week than the week before, but I absolutely love it and it’s still one of my favorite things. Colt has been eating a little longer these days with feeds lasting about 20-30 minutes total, and he continues to stay on a rough 4 hour schedule. Sometimes we let him sleep a little longer at night and feed a little more often during the day, but it’s still working out to 6 feeds/day.

Sleep: Colt is still a pretty good sleeper, however waking up to feed during the night then getting up early for appointments and stuff did start to wear on me. By Friday I was pretty exhausted and took the day to really relax. I think soon we’ll start letting him sleep a little longer at night (unless he wakes up hungry), but for now, having my mom here to help with all of the night feedings, burpings, changings and comfort-sessions has been CRUCIAL for both Michael (especially since he had to return to work last Monday) and me.

Colt’s Personality: He is a very relaxed little guy – still super chill and easy – although a few times this past week I think we encountered a “witching hour” of sorts where he would be a little fussy around for a few hours! I always knew that this was a possibility, especially since I had read that it usually happens from around 3 weeks old – 3 months old, but it was still a little shocking to us the first night, since until that point he had hardly let out a whimper! Tuesday and Wednesday he was fussy from around 7-10pm, and Thursday he was up from about midnight – 4am. He has been fine since then, but we did introduce Colt to the pacifier which seems to be insta-comfort for him, and we are thankful for Gigi who is always willing to hold him and comfort him – no matter what the hour! 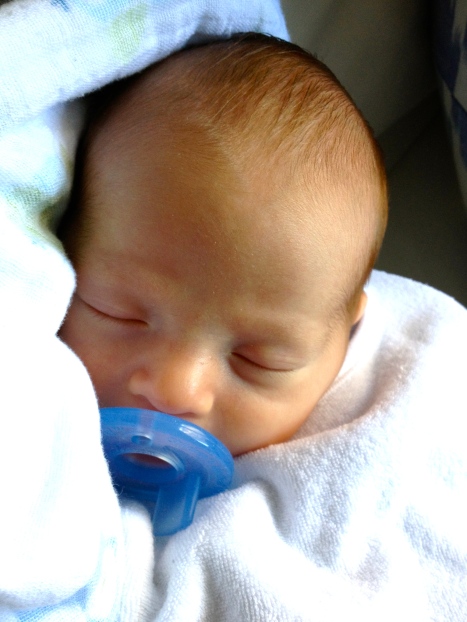 Mama – Post Pardum: Loved week 3! During week 2 I had hour-stretches of feeling like a real person again, but week 3 I basically felt great all week! During that first week I honestly didn’t know if I would ever feel good again so I’m super thankful for the progress. I can still feel that the incision is healing and I get tired after walking around for too long, but otherwise I hardly feel like I was ever pregnant. 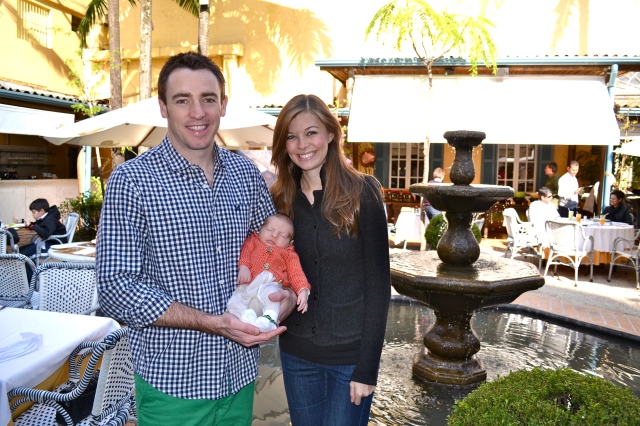 I am still SUPER behind on responding to people who have written, calling friends, etc. but I think that the combination of having Colt 3 weeks early and having a c-section put me more behind… I’ll catch up soon!!

Activities: Lots of activities in week 3!
Colt has been loving his strolls through the park with Gigi!

On Tuesday, Gigi and I took Colt for his first visit to the mall – JK Iguatemi.

He loved strolling around the fancy shops, but he especially loved the FANCY-schmancy, private nursing/changing rooms that the mall has. Seriously – they are out of control.

Wednesday morning Michael and I took little Culhane to the Federal Police station to get him registered for his Brazilian passport!

On Thursday, my dear sweet friends Jana & Brett took my mom out to see a little bit of São Paulo! They visited the Mercadão Municipal and Estação de Luz in the Centro – downtown São Paulo – as they are kind of SP landmarks, but definitely not places we want to be taking Culhane anytime soon…

Thursday evening Joe hosted us, the Hudsons and another friend, Fernando for a beautiful dinner at his apartment. It was such a fun night of great food, wine and company! 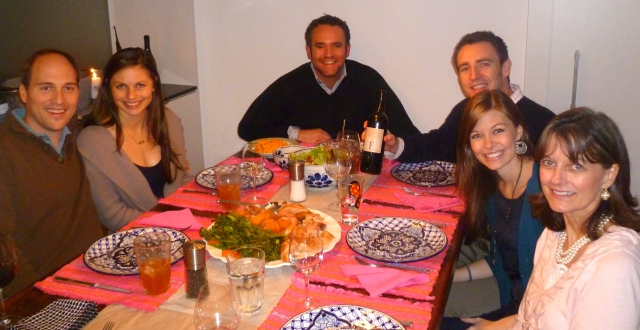 On Friday, Gigi babysat while Michael and I went out on a dinner date for sushi, and on Saturday we spent the day with the Hudsons at Bar des Arts stuffing ourselves with feijoada and other Brazilian treats. 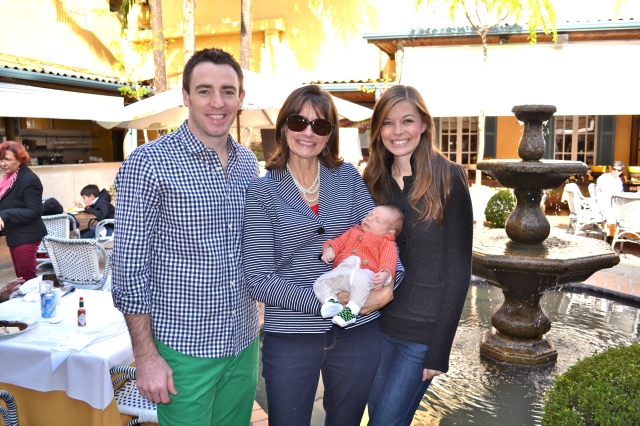 On Sunday (yesterday), we celebrated Colt’s 3 week birthday AND his due-date with a fabulous Italian dinner hosted by Brett Coppens!

Thoughts: I can’t believe that yesterday was Colt’s original due-date! I am SO glad that he came early, as I have loved every second of getting to know him these past 3 weeks AND I have loved getting him in his smaller-baby stage! So fun! He is such a precious soul and is a total joy to his daddy and me. It sounds silly but I can’t believe that Michael and I made him and get to keep him! 🙂

This week I am incredibly thankful for so many blessings:
– Colt being such a healthy, happy bundle of joy that we just can’t get enough of!!
– Michael being the most amazing father of all time (it’s so fun seeing him as a dad)!

– Gigi being here and helping SO much!! She’s been working so hard since she arrived making meals, doing dishes and keeping our apartment clean, comforting our little guy whenever he gets upset or fussy, bringing Colt to me for all night feedings and then doing the night burpings/changings…and so many other things. Plus it’s just been so fun to have her here!! 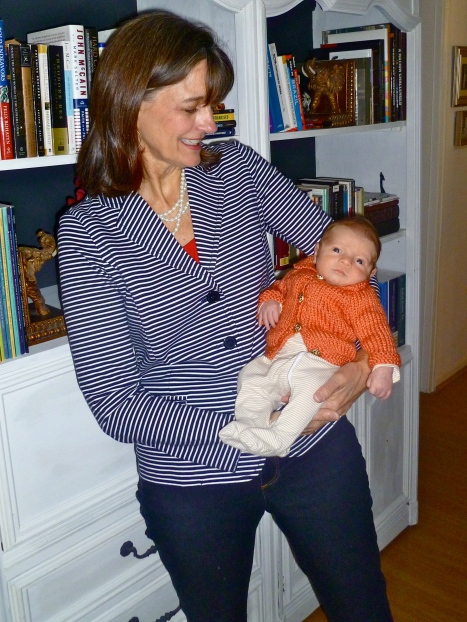 – The progress that I have made in recovery! That first week was, of course one of the most amazing weeks of my life, but also one of the hardest and most painful, and at times it felt like I would never get better and return to normal, so I am amazed and thankful at the difference that a couple of weeks can make.

Being a mom is the most fun thing ever, and I’m so thankful that God has trusted us with this precious little soul.