The weekend of June 21, Michael and Joe and their friends Trent and Tom flew to Belo Horizonte to attend Argentina’s game against Iran. Since Michael’s love for Latin America and soccer began in Argentina, he was super fired up to be going to one of their games. Plus, who doesn’t want to watch Messi on the big stage? 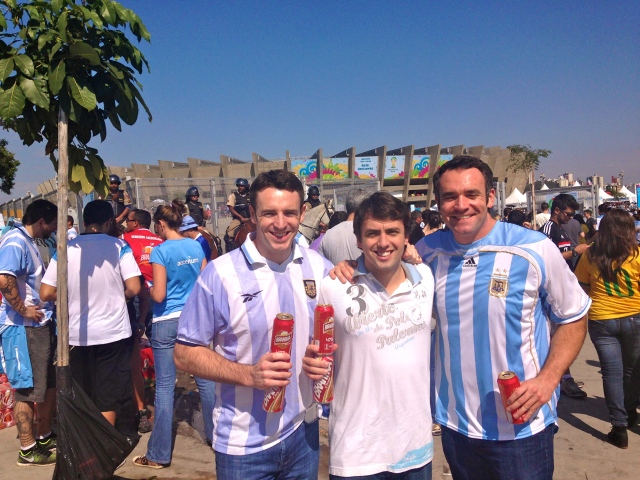 Michael, Tom & Joe at the Minerão.

Michael sporting the jersey that was lovingly gifted to him from his Argentina besties, Pepe and Claudio.

That weekend was also the USA’s game vs. Portugal and unfortunately, Michael’s flight wasn’t arriving in São Paulo until late Sunday night so he and Joe rocked their USA gear and watched the game from BH.

Back in São Paulo, gringo-nation headed to Casa Hudson for a fun and patriotic viewing experience.

Our team played awesome and it was SOUL CRUSHING when Portugal scored to tie in the last minute of extra time, but we still gladly took the point and started prepping for Germany.

But, before we could cheer for the US again, we had to throw on our Brazil jerseys and cross all of our fingers and toes that they would triumph over Cameroon. By this point, they were pretty sure to advance out of the group stage, but Michael and I NEEDED them to WIN their group since we had tickets to the game of the winner! So we headed to the best spot to watch Brazil play, cheered our little hearts out, and were ELATED when they won!!! 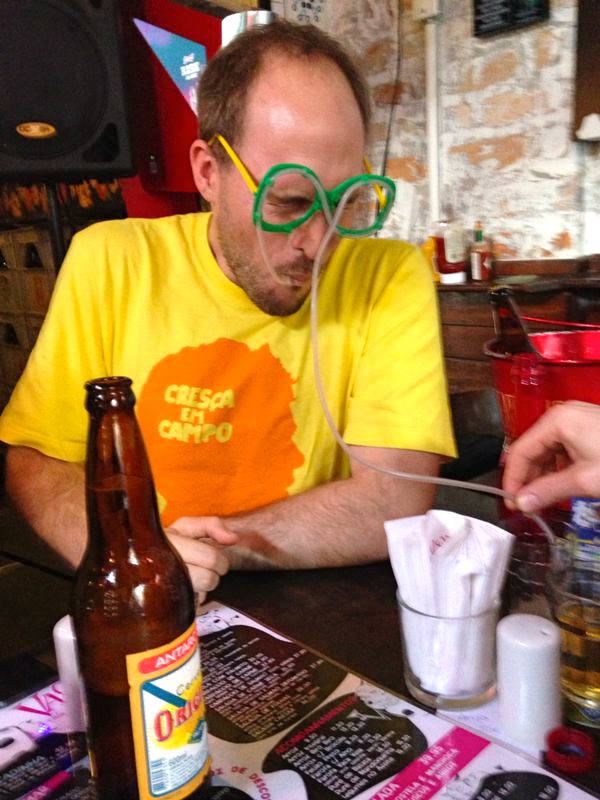 Trent making sure that he has his hands free to cheer!

The next day, the Harper household was taken over by some lovely Chicago boys as Michael’s college buddy Mark and 2 of his friends visited for the World Cup. 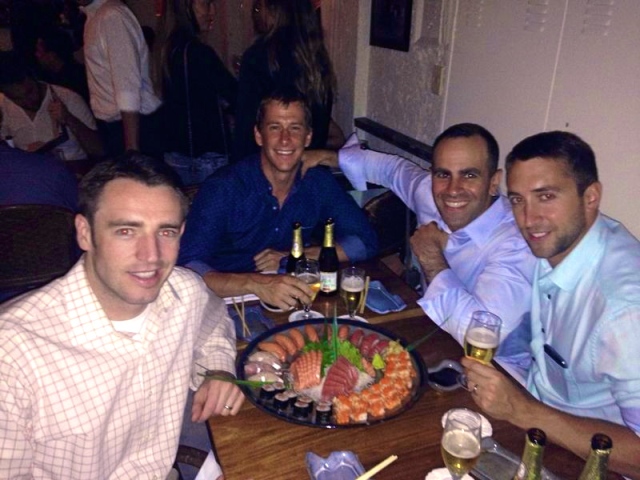 The boys out for sushi!

Meanwhile, Colt was cheering on Italy and couldn’t believe that they didn’t advance out of their group!

The cutest Italy fan! Sporting a jersey gifted to him by Michael’s coworker Artur!

Happy despite the loss.