OK, now that I’ve finally made it past posting about the holidays, time to try to catch up on what we’ve been up to since then!

Because Michael had to return home from the states a couple weeks before Colt and I did, I was doing the trip solo with Colt. I have done it with him a couple times by myself before but in those instances I was on direct flights AND it was before he was walking. Big differences. This time we flew through DC and again, we hadn’t purchased a seat for him so it was a gamble as to whether I’d get to use his car seat or if I’d be holding him the whole time. Also, I was still in my first trimester feeling very exhausted and sick so I was pretty worried about how the trip would go. The great comfort was that I knew, good or bad, we would land in Brazil eventually and then it would be over, so even if it was a rough day of travel, it would only be a day. Thankfully, however, God had other plans and was so gracious to me. I had an extra seat on both flights and for the overnight, Colt went to sleep just after the dinner service and woke up just after they cleared breakfast – less than an hour before landing. Praise the Lord. It was such a blessing!! And such a departure from how he behaved on our way TO the US. I think those two legs counted for his 31st and 32nd flights but honestly, no matter how “well traveled” a baby is, it all just depends on the day, the night, the moment. That being said, after doing over 30 flights with him, I know that I am more comfortable and laid back about it which helps a lot. When we landed in Brazil everything went smoothly and God provided someone to help me with ALL of our tons of bags and then **angels singing** Michael was just outside of security waiting for us with flowers and a soccer ball balloon for Colt! So sweet. We were all very happy to be reunited.

The boys happy to be reunited.

Nothing too major has happened since we’ve been back. The main events have been Carnaval and my birthday – both of which I’ll post about separately – but otherwise it’s just been a lot of time with friends and family. In fact, the night that we got home we went out for sushi with the Hudsons (yes, I’m eating sushi this pregnancy, just not too much and only high quality) and the next day we celebrated Trent’s birthday with a gathering in the park. The boys were pretty focused on spikeball, the girls were busy catching up and somehow Joe got stuck on baby-duty. He’s just such a natural! 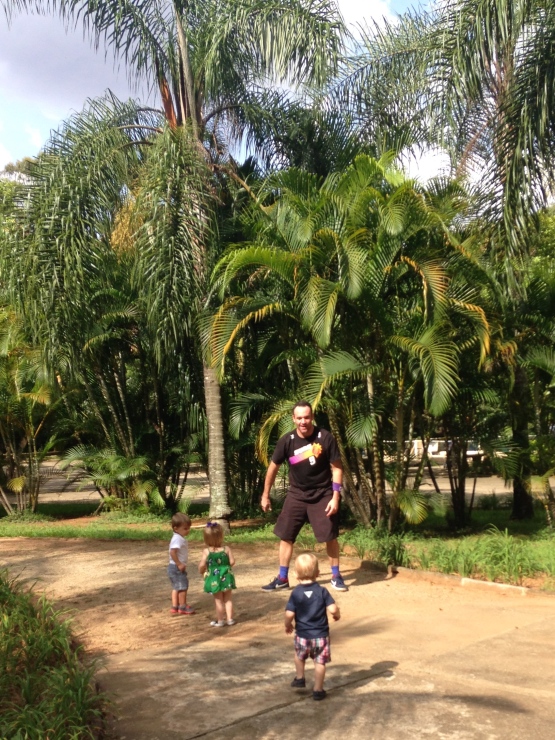 Also after returning home from the holidays we set up one of Colt’s coolest Christmas gifts – a teepee from my mom! He loves having a little space that he knows is his own and every day he comes and grabs my hand and says “pee-tee, pee-tee.”

Colt’s teepee set up in the guest room / his play room.

Colt got right back into the swing of life in Brazil and loves spending time outside here!

Running around the complex. 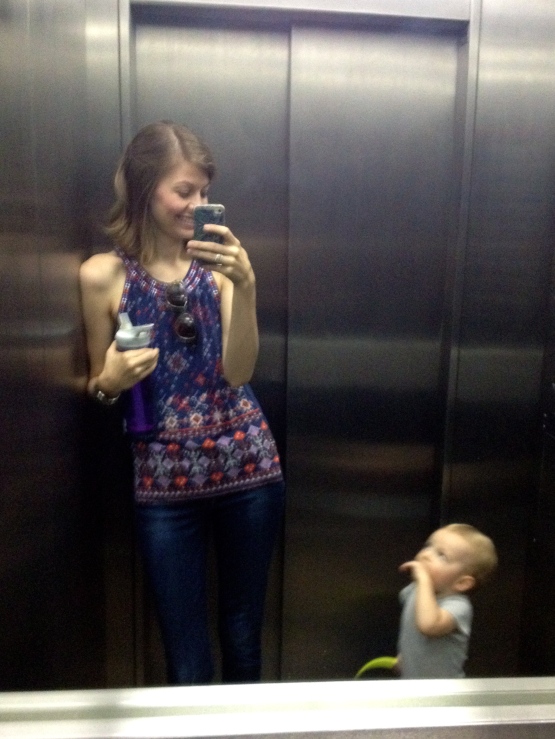 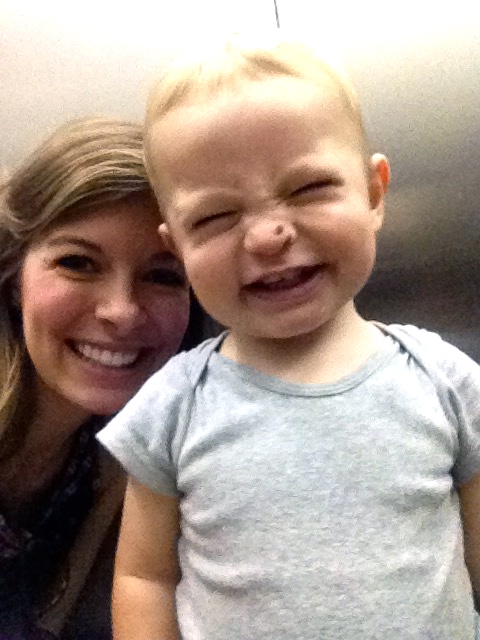 The “rocking colt” that Michael and Trent made Colt – finally finished! And Colt loves it!

Looking sharp for a lunch out with friends!

Painting at home with Mom!

I can’t get enough! 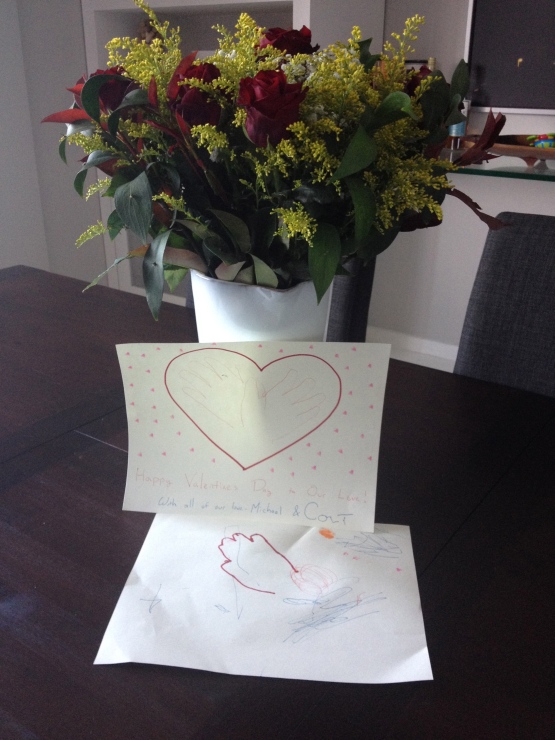 Sweet Valentines flowers and signs from my boys.

Splishing and splashing in the rain! Loving the boots from his godparents Mike & Mo!

Absolutely fascinated by the construction work across the street. I couldn’t pull him away!

Coloring with his pals downstairs. 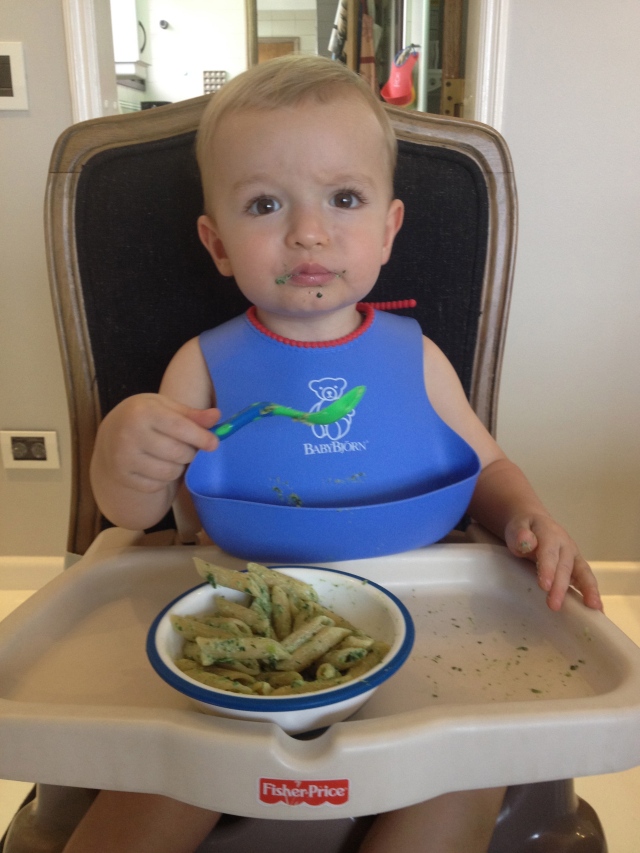 Colt, you have a little something on your face. 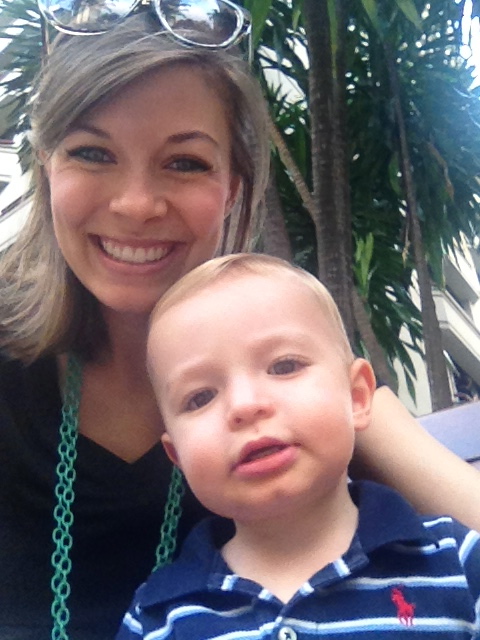 Stealing the big kid’s scooter for a second.

I walked in the room to find that Colt had put his little stuffed friends up in the chair and was sweetly reading! 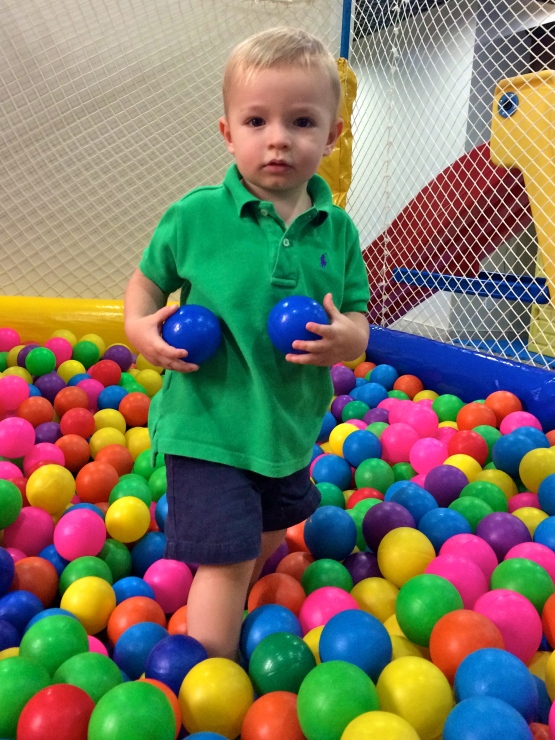 I’ve mentioned this before but kids’ birthday parties are a really big thing here. People go all out. In February, Colt and I were invited to the birthday party for a little guy in our apartment complex who was turning 3. He actually has a little brother who is only 1 week older than Colt so we play with them a lot. Since this party was being held within our complex (versus out at a venue) I thought it might be more low-key but not so! Each apartment building has a “party room” and they had theirs all decked out in a Micky Mouse theme. There were 3 musicians/singers who were hired to entertain the kids as well as characters Micky Mouse and Goofy the Dog plus another guy who sort of played with kids / directed the party. For food they had caterers serving popcorn, little hotdogs, mini pizzas, pão de queijo, and little cups of hot corn (both last things are common Brazilian foods). Then, around 6pm (the party started at 3pm) they served pasta with cheese or red sauce. Then of course there was the dessert table with a huge cake and every type of treat you could imagine. Also, it wouldn’t be a Brazilian kid’s birthday party without lots of nannies and sure enough, they were in full-force! I think I was the ONLY mom there who did not also have a nanny, and many kids were just with their nannies. Anyway, it was a great party and very fun but also a funny reminder of the cultural differences. Here are a couple pics from the day!

Colt was very hesitant about getting too close to the characters but he was definitely intrigued.

Every single adult in this photo is being paid to be there. 2 characters, 1 party leader and 7 nannies!

Kids being entertained by the musicians.

The birthday boy in his dad’s arms with mom and little brother beside them. Behind the dessert table.

So, one thing with which we have never really struggled with Colt (praise the Lord) is sleep. He is a great, easy sleeper, sleeping 8pm-8am at night and taking a 2-3 hour nap in the afternoon. He is always happy to go to the crib and go down for a nap or at night and will try to climb in on his own and then will wave you out of the room saying night-night, bye-bye once he’s in. It is always easy to leave him with a sitter because his sleep is such a given and so predictable.
HOWEVER. We randomly went through a week-long struggle with sleep that was insane! Literally out of the blue one night, Colt really put up a fuss about going to bed. We were having some people over that night so Michael and I thought that it was unusual but that maybe he just wanted to be social. Since he is normally like clockwork, we didn’t really worry about it and let him stay up later but even after our friends left he still cried every time we put him in the crib before we finally had to just let him cry it out. The next day he only napped for about 20 minutes and then woke up in hysterics. That night he started to visibly panic when it was time for bed and freaked out about going into the crib. It was so strange and we didn’t know where it came from or what to do. Long story short(er), we realized that he was suddenly afraid of being left alone. If we were sitting in the room beside him – not even touching him or talking – he would be fine, but if he saw that he was being left or found that he was alone he would totally freak out. This meant it was obviously much more difficult for him to fall asleep since we can’t just sit in there the whole time every time (and we didn’t want to start bad patterns) and it also meant that when he would wake up in the night or during a nap, instead of just rolling over and falling back asleep like he normally would, he would start screaming.
We were blessed that it only lasted for about 8 days or so, but during that time you don’t know if it’s going to be temporary or the start of a new thing so it totally had me freaked out. But, Michael and I wanted to be consistent so we came up with a strategy and stuck to it which included: being very firm about his bedtime routine (not letting him ask for more books or delays), talking with him about how we were not abandoning him but just going to the other room so that he could rest, explaining that even when we are not there, God is always with him, praying with him before we put him down and once he was in the crib, then rubbing his back for a few minutes so that he would feel a calmness about being in there. However, we also decided together that once we left the room, we were not going back in until the morning, aka cry-it-out. This was BRUTAL. Especially since Michael left for a work-trip for the week about 2 days in so I would have to endure listening to that sweet boy cry all by myself – sometimes for more than an hour straight and then other times during the night. I literally wanted to throw myself out a window but honestly the crying got shorter every night and I think having a plan and sticking to it helped Colt get back on track much faster. This was about 3 weeks ago and I’m thankful to report that he is 100% back to his normal sleep-loving self and we are again free to just toss him in the crib and walk out of the room and we can be confident he’ll happily put himself to sleep within a few minutes.
ANYway, all of that is a little back story to this photo I took of Colt’s monitor where, after crying for who knows how long, I watched him fall asleep standing up! Poor guy was clearly so exhausted but it was about 5 minutes before he laid himself down! 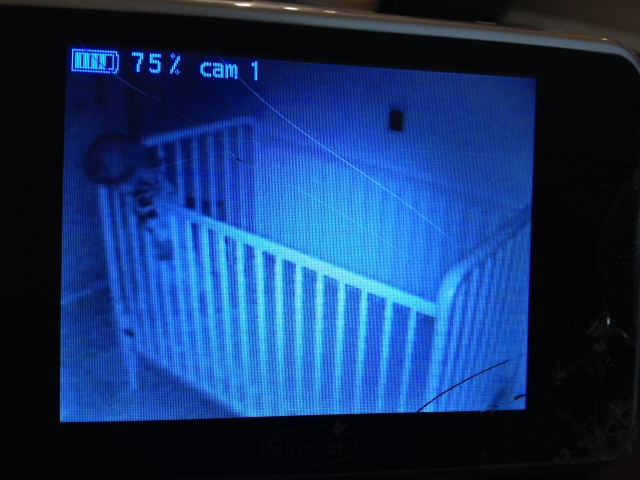 Passed out standing up. Poor guy. Don’t worry, he laid down after about 5 minutes like this.