The thing that I have found in Brazil, is that while much of the educated population speaks (some) English, most of the “everyday” folks do not.  Translation: people who Michael is interacting with on a day-to-day basis usually speak English (although he looks for every opportunity possible to speak Portuguese!), but, almost NO ONE who I interact with speaks ANY English.  It has taken me a while to get used to this because when I studied abroad in Spain, I would try to speak Spanish and people would default back to me in English.  Even if my Spanish was better than their English!  Well, that does NOT happen here.  Which, I know, is a GOOD thing for me.  And lately we have had a few fun experiences to practice.

1) Apartment Hunting!  Apartment hunting was great Portuguese practice for me.  Michael usually called to set up appointments because while Portuguese in person is one thing, Portuguese on the phone is completely different.  I need to be able to utilize sign language.  I need the person to see the confused, blank stare on my face for them to realize that they need to SLOW DOWN and E-NUN-CI-ATE.  This is quite difficult over the phone.  Anyway, Michael would call and set up appointments for me to look at apartments and I would usually meet a broker at the building or get the keys from the door-man.  This was all great practice, AND an interesting experience.  I will get into the differences in apartments here later, but suffice it to say it was interesting.

Michael was usually too busy with work to go see apartments, but one guy, Waldomiro (we like to call him Waldo for short) had a place very close to Michael’s office, so last Thursday he decided to go for a quick break and a little Portuguese practice.  Michael said that Waldo sounded super shady and the first apartment he showed him was pretty gross.  Then Waldo took him to a second place that was OK but not what we were looking for.  At this point Michael was ready to walk back to work but Waldo said he had one more to show him.  THANKFULLY Michael went.  And he loved it.  I met Waldo the next day to see it myself and I loved it too.  We went back together on Saturday and loved it even more.  It just felt friendly and open and right for us.  And it’s right next to a PARK.  Parque do Povo.  Which is BEAUTIFUL and SO friendly and happy, full of runners and dogs and kids and sunshine.  So… it was a little faster than we were anticipating, but we went for it!  Now we are in the process of going back and forth on the contract, so if all goes well, we will have the apartment by April.  Here is a sneak peak of the building: 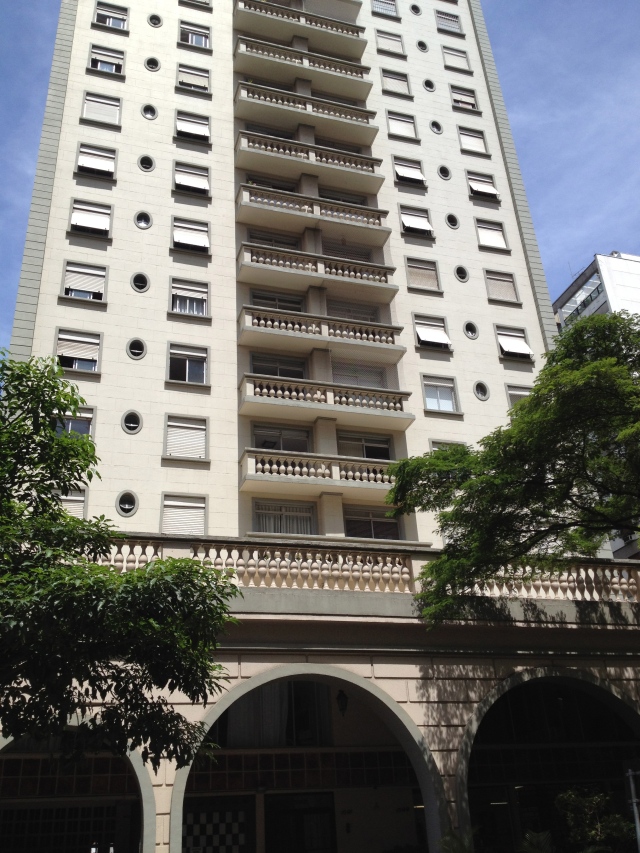 2) Portuguese Bible Study!  My dear friend Fernanda and her husband Daniel attend a Baptist church here (Brazilian, Portuguese speaking).  They are involved in a “Community Group” of sorts with 6 couples who meet every Friday to study scripture or a book together, pray for each other, hang out, etc.  Being amazing as they are, Fernanda and Daniel invited us to attend last Friday’s meeting which they hosted at their home.  Everyone was so kind and welcoming to us, and it was over 4 straight hours of Portuguese practice.  I didn’t understand that much but it’s great practice and a unique opportunity to get to know other Brazilian couples.  And Michael was a good translator.

I am so thankful for Fernanda and continue to spend time with her each week.  I went over there Tuesday and got this picture with her precious kids that I had to share.  They are pretty good Portuguese tutors too.

Aline, me and Lucas. Seriously they are ADORABLE.

So, while I still have a LOOOONG way to go, I am definitely seeing progress.  And that’s about all I can ask for right now.