Last week we returned home from a whirlwind trip all over the US and it all started with a wedding in the Poconos. A cousin on my dad’s side got married on June 13 (check out the awesome NYT coverage on the wedding here – they have such a cute story!) and in addition to it being a fun, beautiful weekend, it was also a bonafide family reunion which was extra special since we don’t get to see my dad’s side of the family very often.

Colt making himself comfortable as we get set up on the plane.

The wedding was held at the Pocono Lake Preserve, a private camp in the Pocono Mountains of Pennsylvania. The camp totally has the feel of Dirty Dancing since when it’s “in season” families come stay for the summer and there are daily activities for kids, adults, etc. I think there are around 105 properties or “camps” on the preserve and each “camp” generally has 1-3 houses on it. Since the wedding took place before “season” starts (July 4), many property owners opened up their camps (or houses) for wedding guests to stay. We shared a house with my parents and my brother’s family and then some of my cousins who also have young kids stayed in another house on the same camp. Even more fun was that in between the two houses was a huge “playground” area for the kids! So basically a beautiful, natural setting, lots of space to run and play, lots of kids to play with and lots of family to help watch the kids — it was kid heaven! And honestly, I don’t know if it was just the timing or being with family or the open space or what but from our first day there, Colt seemed to come alive in a new way. He was so much more animated, less timid, more talkative and playful (although he still gives the MOST serious looks for all photos) than we had ever seen him before, and he’s truly been different ever since. I love it. 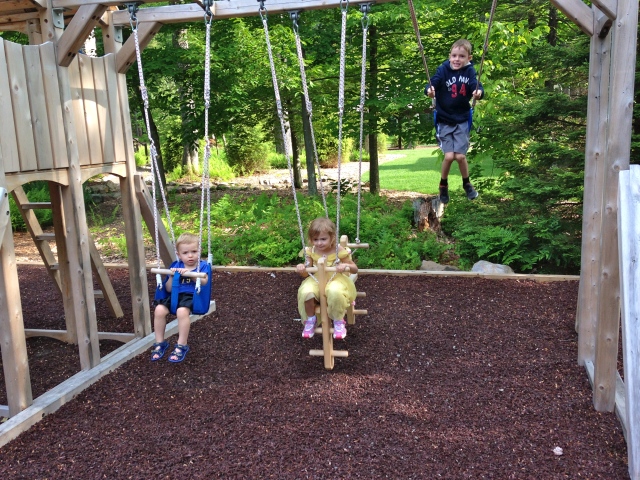 Colt being chased through the ferns (aka the Enchanted Forest) by cousins Augusta Clare and Delaney.

Bubbles with Gigi and Delaney!

While we were there, Colt had his first boat ride!

Despite the look on his face, he actually loved it.

Loved getting time with this sweet girl!

The weekend also included hiking, a kick-ball tournament and general fun for the kids as they explored the preserve.

Gavin, Michael and my dad. 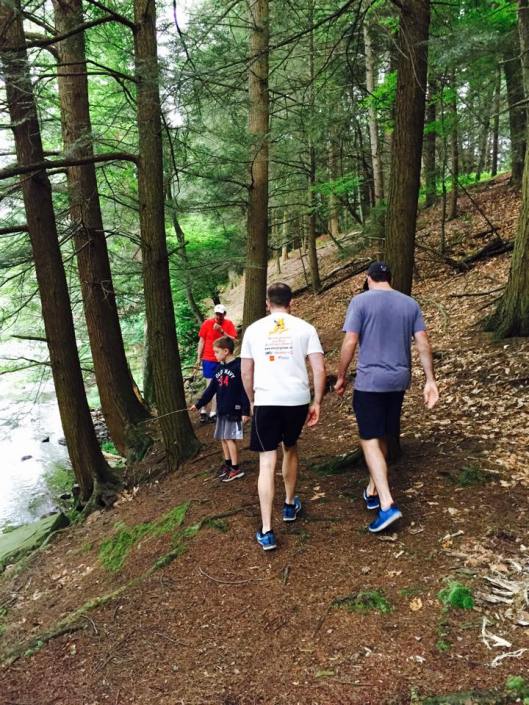 My dad, Gavin, Mark and Michael. 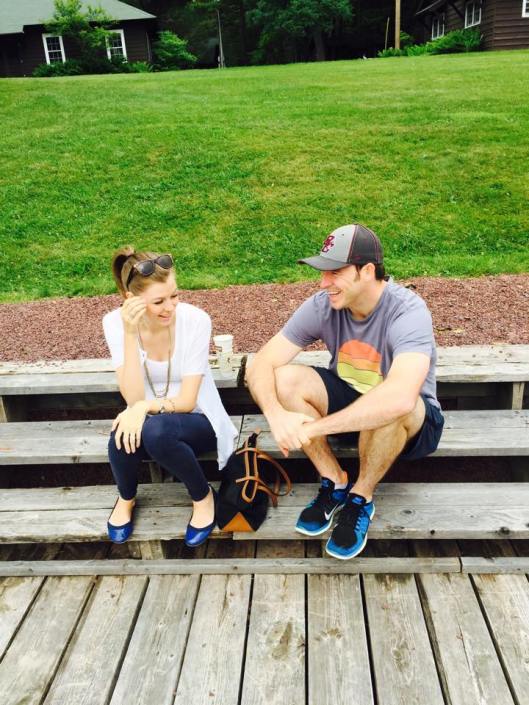 Morning coffee by the lake. 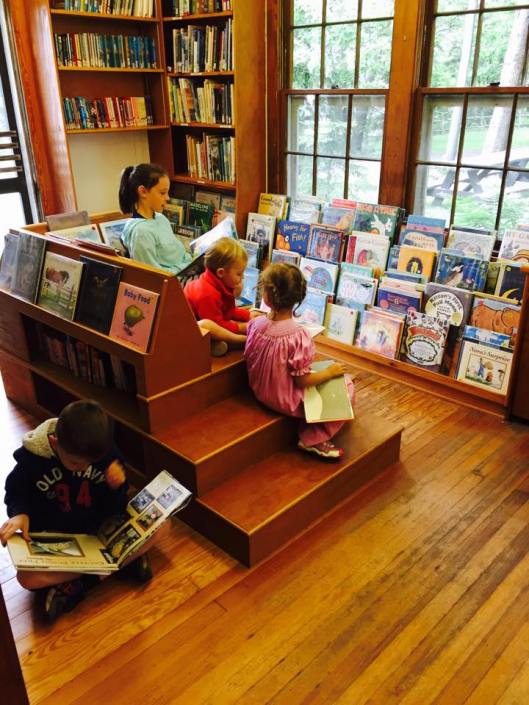 Madeline, Colt, Augusta Clare and Gavin in the children’s library.

The wedding itself was held outside in a beautiful clearing beneath a canopy of trees. 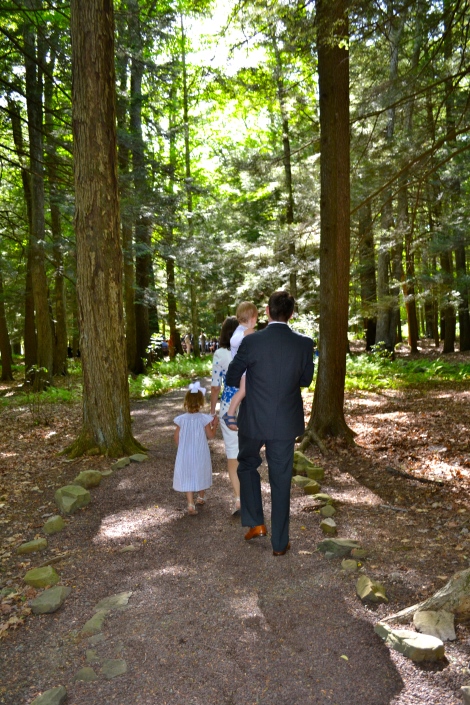 Walking to the ceremony. 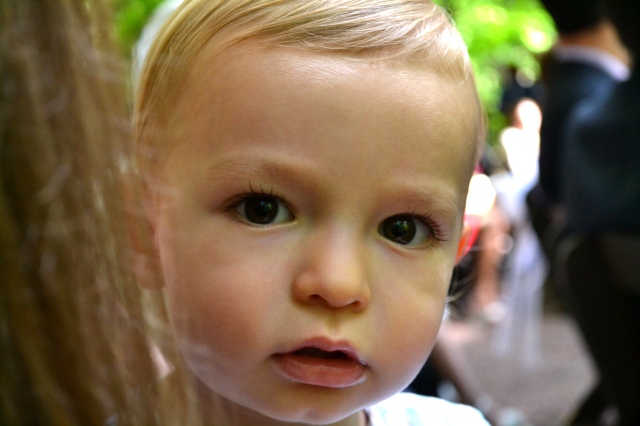 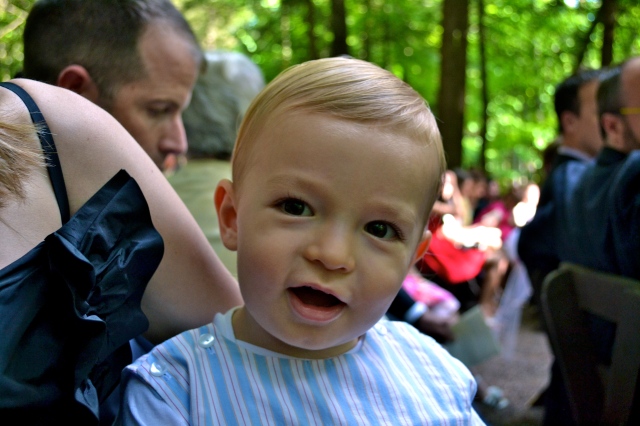 Augusta Clare with her momma Suzanne. 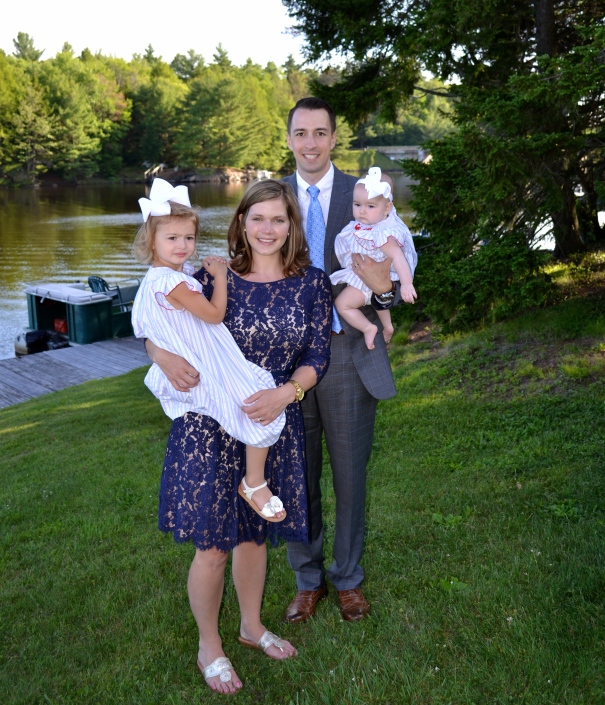 My brother and his beautiful family: Augusta Clare, Suzanne, Brad and May. 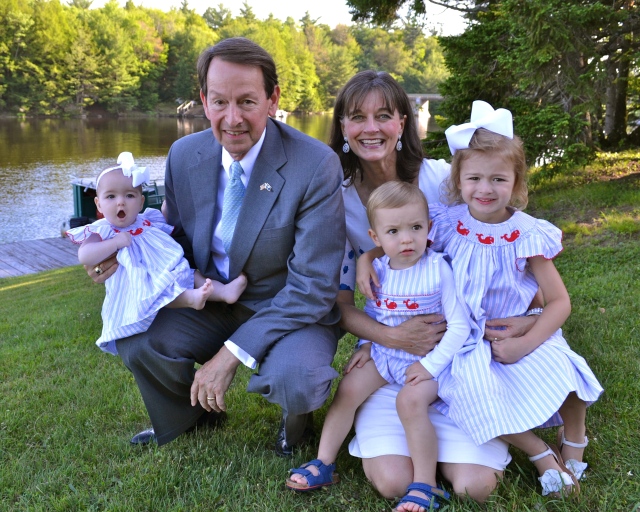 Gigi and Pasha with their 3 grandkids. Outfits courtesy of Gigi. 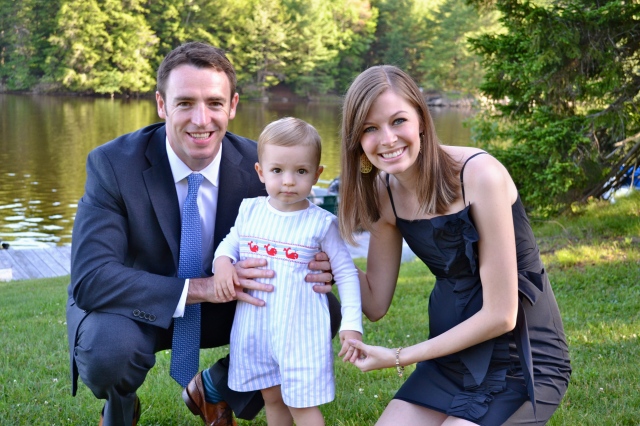 My dad and his brother with their spouses, kids and grandkids! 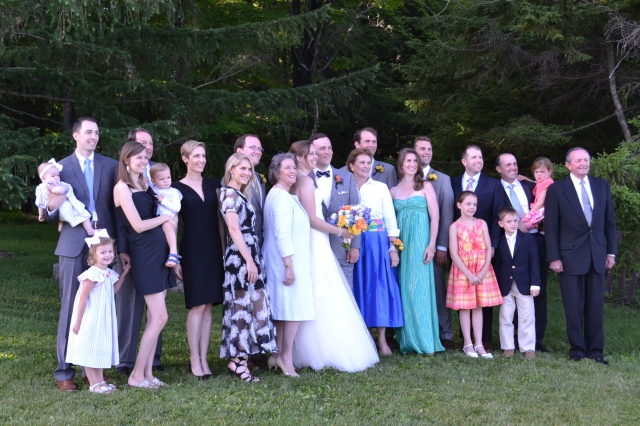 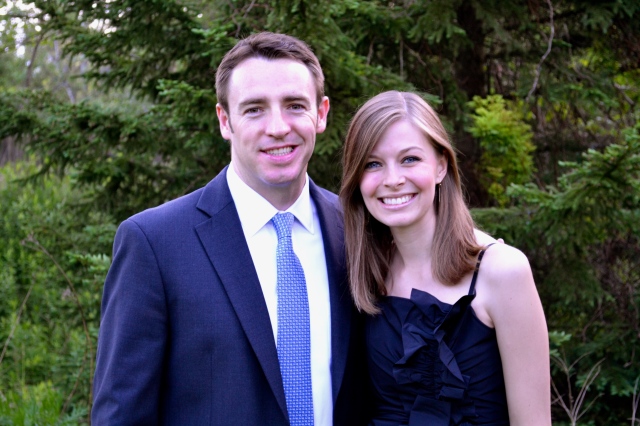 The day after the wedding, Michael had to fly back to Brazil for work so I flew home to SC with my parents. Colt threw up in the car when we were about 5 minutes away from the airport (thankfully we had an oops-outfit ready!) and our flight was delayed, but he was with Gigi and Pasha so he was happy, and as soon as we took off he passed out in my mom’s arms.

Sleeping in Gigi’s arms on the flight to SC!

All in all an amazing weekend!

2 thoughts on “Wedding in the Poconos”