Back at the end of 2012, an expat friend of ours who worked in marketing got wind that there was a casting happening with a role for an American English speaker. A few of my girlfriends and I went to audition for the part and they called me back to do it! Unfortunately, I had just started my job with WINGS and I wasn’t going to be able to work it out with my work schedule so they found someone else and it never happened. Fast forward to August 2013 and they called me back to see if I would audition for another commercial. I had just had Colt in September so I was home and was able to go audition and this time it worked out!

The company shooting the commercial, Open English, offers online English classes so my role in their advertisements was to be “the English teacher” at the very end who would just give the tag line for Open English. Back in 2013 I was shooting for commercials that would play throughout Spanish speaking Latin America and Spain so I actually had to deliver the message in Spanish. However, it was funny because they really wanted me to keep the accent of an American, English speaker so as to emphasize that their teachers are native English speakers. So I had to sound super-gringa.

Furthermore, to make me even more ultra-American, they wanted me to dye my hair blonde. I really didn’t want to dye it but they made me an offer I couldn’t refuse, so… 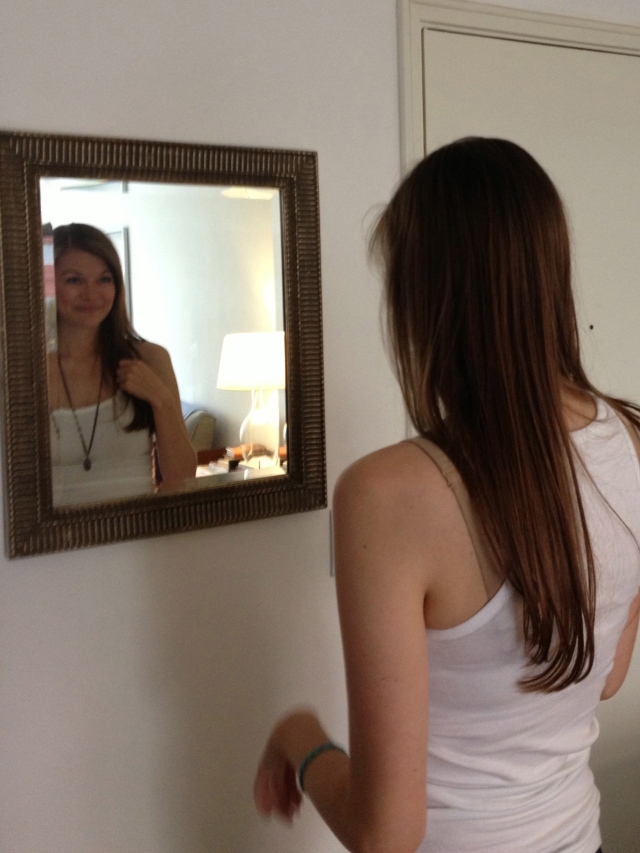 Final look at the brown hair. 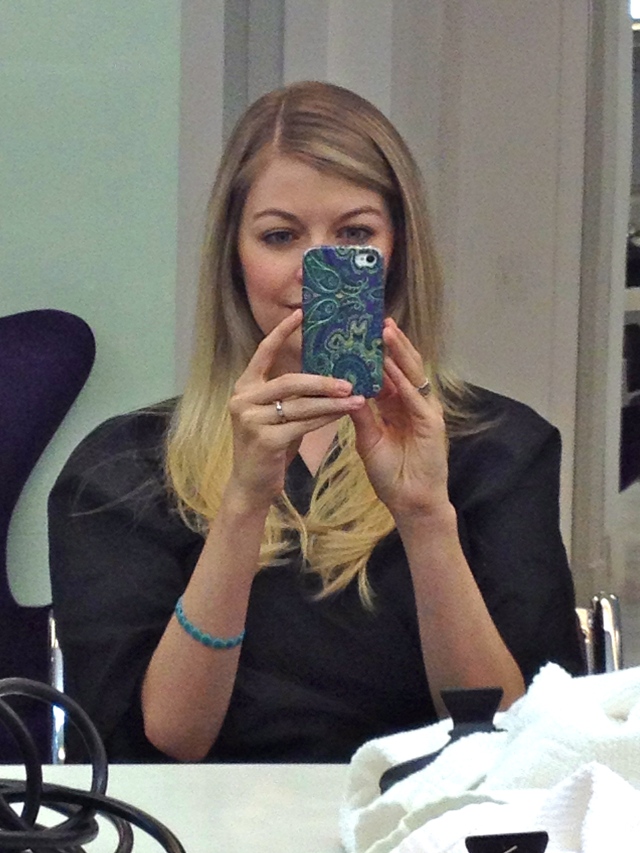 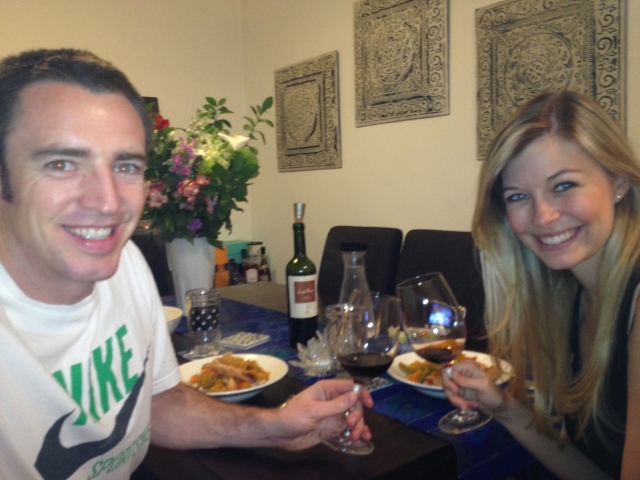 The next day I went in for the commercial shoot. Colt was just about 6 weeks old at the time so I was obviously still nursing every few hours but thankfully the shoot also coincided with the Harpers’ visit to come meet Colt! So, Sharon came with me to the shoot and babysat Colt while I was working which still allowed me to feed him when necessary. It was fun to have Sharon there for it and she did a great job keeping Colt entertained (and quiet!) while we were working.

For the commercial in 2013 they wanted me to dress “in character” with the different commercial spots so, although I was basically delivering the same message each time, I had to do different outfits and different phrasing depending on the commercials. (Commercials linked below.)

For example, here is the “Western” look.

Clip from the commercial

Colt checking out the set.

Clip from another commercial.

They also took some stills to use for their website. 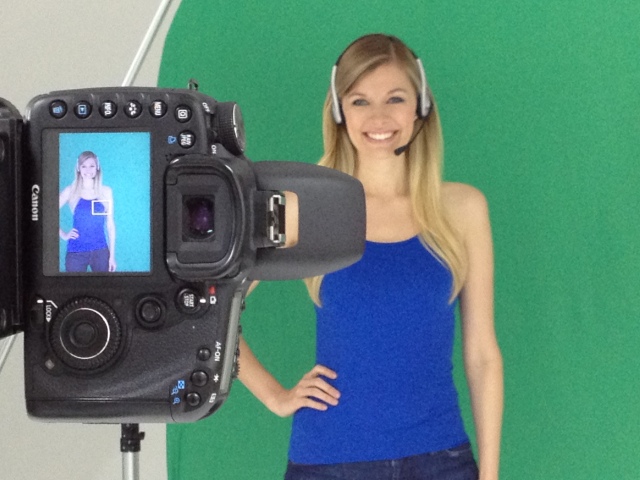 Wearing my headset, being an “English teacher.” 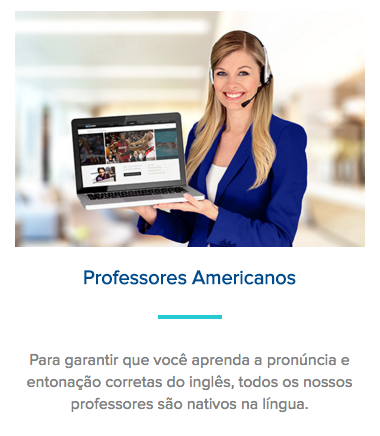 Here is an example of how they used the still-shots on their website.

It was (kind of) fun to be blonde for a couple days but after the shooting I immediately dyed my hair back to brown. However over time, the brown dye faded a bit and just all of the chemicals were so bad for my hair and eventually I just cut it shorter and tried to grow it out.

Fast forward to November 2015. I had just had Finn, had just grown out all of the chemicals and…I got a call to shoot with Open English again, and again, they wanted me to dye my hair. I tried to push back but they bought me out and at least we compromised on just highlights this time. 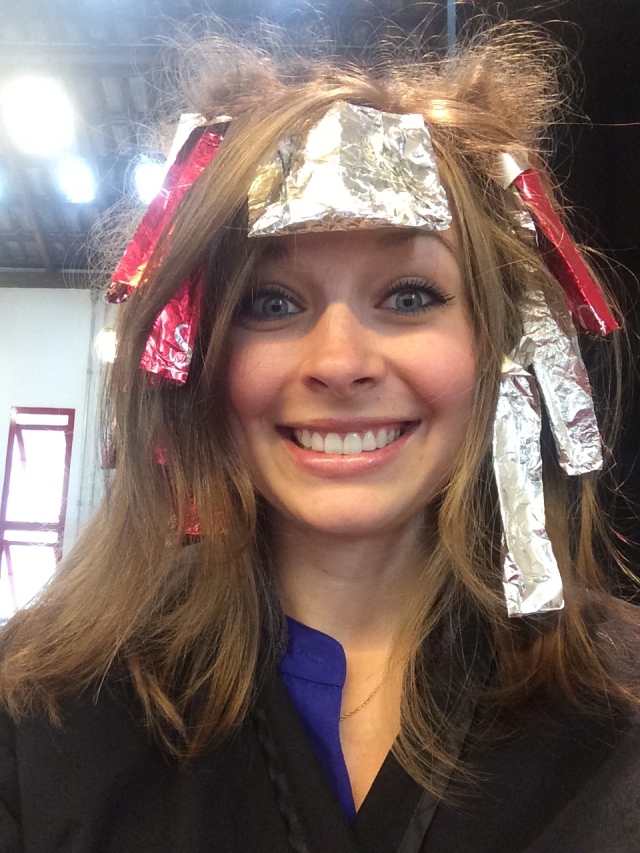 Back in the chair.

This time was a little bit more of a whirlwind and all happened in one day. After getting my hair done I rushed off to the shoot. We were able to leave Colt with our maid/nanny, Rosy, and Michael brought Finn with me so that I could feed him when needed since I was going to be away from the house for an indefinite amount of time. It was a rainy evening but we got it all done before the night was over. 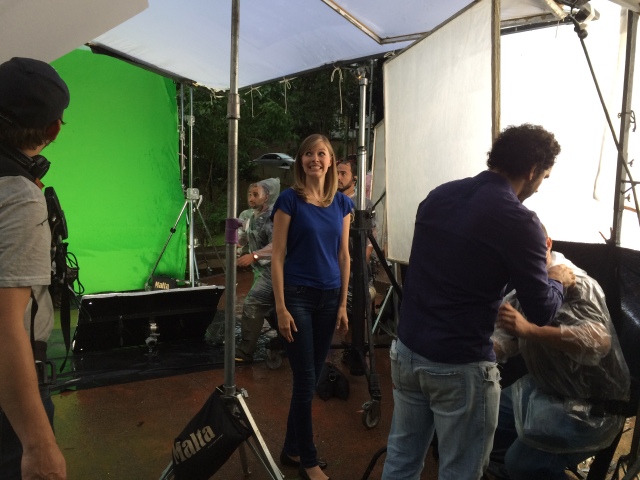 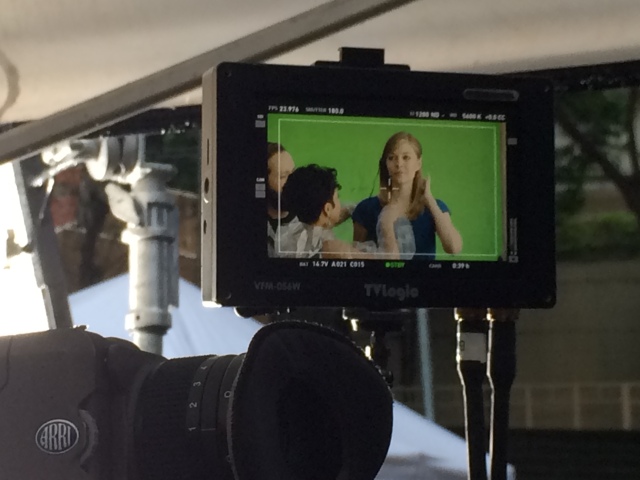 Screen shot from commercial this time!

This time, since the hair color wasn’t as drastic I opted not to do another dye job and instead to just try to grow the highlights out. Still working on that…

2 thoughts on “That time I was blonde & in commercials”