After living abroad for 4 years, 2016 was the first fall season that I have experienced in a while and was certainly the first fall with kiddos, and something about it REALLY struck a chord with me. The changing of the leaves. The changing of the weather. The sudden appearance of school busses creating happy traffic throughout our neighborhood and the stream of kids who started walking by our house each day on their way to the middle school down the street. Something about it felt magical. It was also the first time I ever really taught Colt about seasons and, the biggest change that we experienced in the fall is Colt started “school.”

We had considered “school” in Brazil but at Colt’s young age we felt that it wasn’t necessary, especially since we had a wonderful apartment complex full of young kids. But, after moving to Virginia and being new to the area with fewer friends and a young baby bro whose schedule sometimes prevented us from doing quite as much as we liked, we thought that school would be a positive addition to Colt’s life. Furthermore, while Colt excels at “academic endeavors” and is sweet as can be, he is a little shy and seems the most nervous / sensitive around other kids. He came out of his shell a ton around his second birthday but still, we felt that he would grow a lot socially in a school environment. And, by God’s GRACE there is the sweetest little preschool just 3 blocks from our house. We walk, stroll, or, in Colt’s case, ride the scooter through a charming park and 10 minutes later we arrive.

Colt goes 3 mornings/week for about 3.5 hours/day. He has 2 teachers and there are 15 kids in his class, all of whom had to be 3 years old by September. This meant that Colt is on the younger end, having just turned 3 in July, but the class ages are pretty evenly spread with birthdays throughout the year.

For the first day of school, his teachers actually had parents stay with their kids. To prevent the room from being too chaotic, they split the class in half and just had us go for an hour each. The second day of school was all of the kids but it was a shorter day and this “soft-launch” into school was really helpful. As a parent I really enjoyed getting to stay a closer for the first day and getting to meet some other kids and parents in the class. It also helped the kids develop a higher comfort level with the classroom, teachers and other kids before having to take it on, solo. All that being said, it still felt like such a MOMENT to be starting school. It was the start of a new chapter that will only continue until he leaves our home. It’s weird. It’s great. But it’s heartbreaking too…

Colt’s first day with me (and Finn!) went great and the second day, he waltzed right in without even looking back. However, at pickup, Colt was crying and the teachers said that he had been upset for the past 30 minutes. Apparently during play time one of the kids had knocked into him (in what the teachers described as totally normal play – nothing malicious) and he had started to cry and never fully recovered. I was prepared for our “goodbye” to be difficult (which, as I said, it wasn’t!) but I was REALLY thrown by him crying at pickup. It made me question our decision to put him in school and made me want to be there beside him and protect him. But it also reinforced that one of the big reasons we wanted him to be in school in the first place was to grow socially, to gain confidence with other kids and to learn how to roll with things a little more. The following week (his next school day) the teachers reported that a similar incident had taken place where Colt cried a little but was able to recover more quickly and since then I think he has been totally tear-free at school!! Anyway, we have already seen him grow so much through his school experience AND we are constantly blown away by the adorable things that he is doing, learning, creating, etc. Between his precious classroom, wonderful teachers, sweet classmates, and the weekly science class, math class, art class, yoga, chapel, outdoor explorations and other fun celebrations that take place, there is always something fun going on. We love it and truly thank God for FLP!

Walking to school. We have the sweetest walk through the park across the street.

First day with half the kids + mommas. 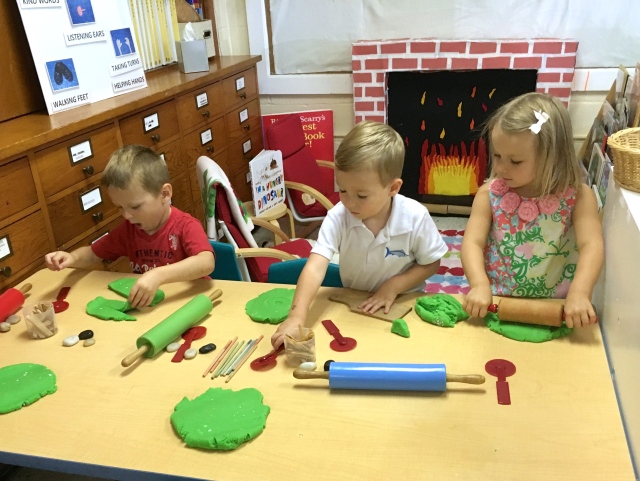 September 9th we were so happy to celebrate Michael’s 34th birthday! 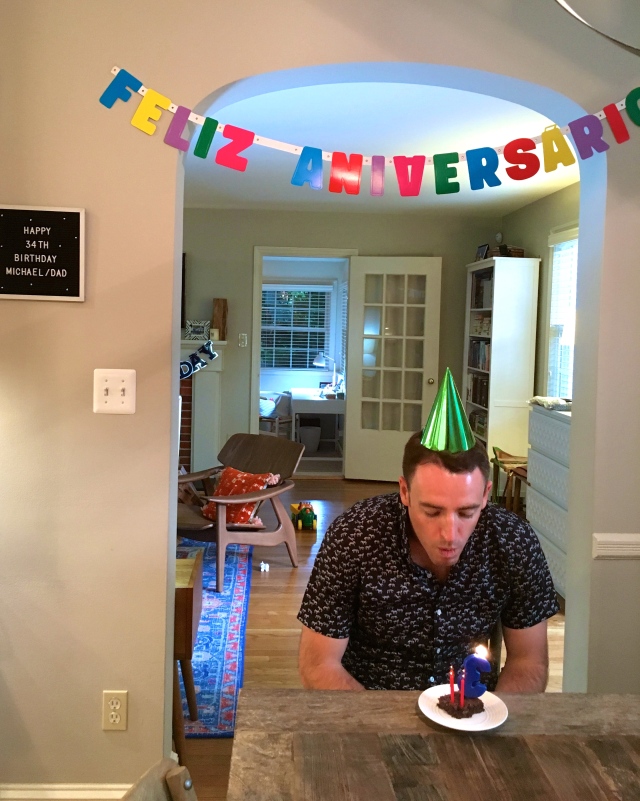 Fun day at the Georgetown Waterfront!

No pants allowed. Also, all the heart eyes… 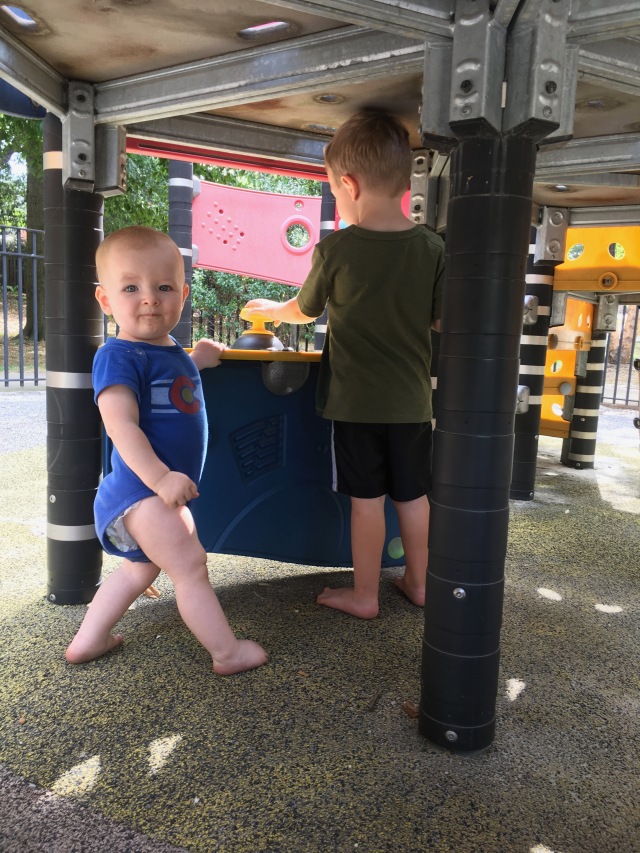 So fun having Tim & Cristina come visit! Dinner out in DC.

Also, very special for me in September is that my BESTIE from Brazil, Paige Hudson, was going to be in New York for a week. The Hudsons moved from Brazil to South Africa so Paige is normally on the other side of the planet. To have her just a couple of hours away was just too much so we really wanted to make something work. Enter my awesome father-in-law, Ollie!!

Papa to the rescue!

He came from Arizona to be with the kids while Michael was at work during the day. I was gone from a Monday afternoon – Wednesday night so he also took Colt to school, strolled Finn along for everything, did lunches, naps, diapers, ETC! He is extremely impressive and the best part is that the boys had a blast. Well, maybe the best best part is that I got to LEAVE and go to NEW YORK BY MYSELF!!! 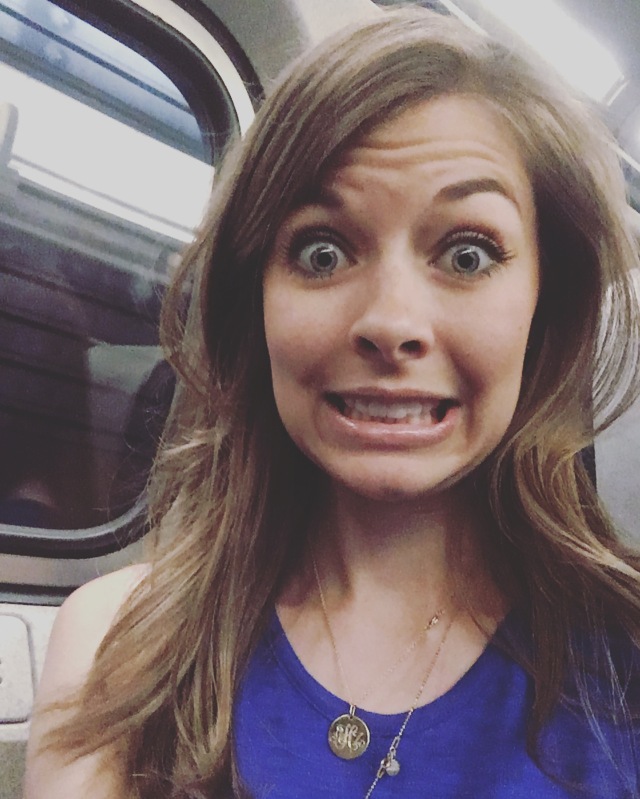 On the train and soaking in my ALONE TIME. 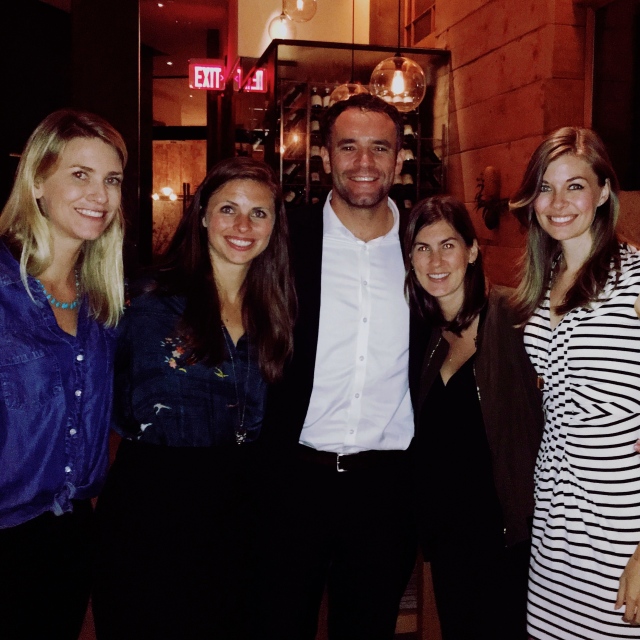 Walking! And kind of twinning. 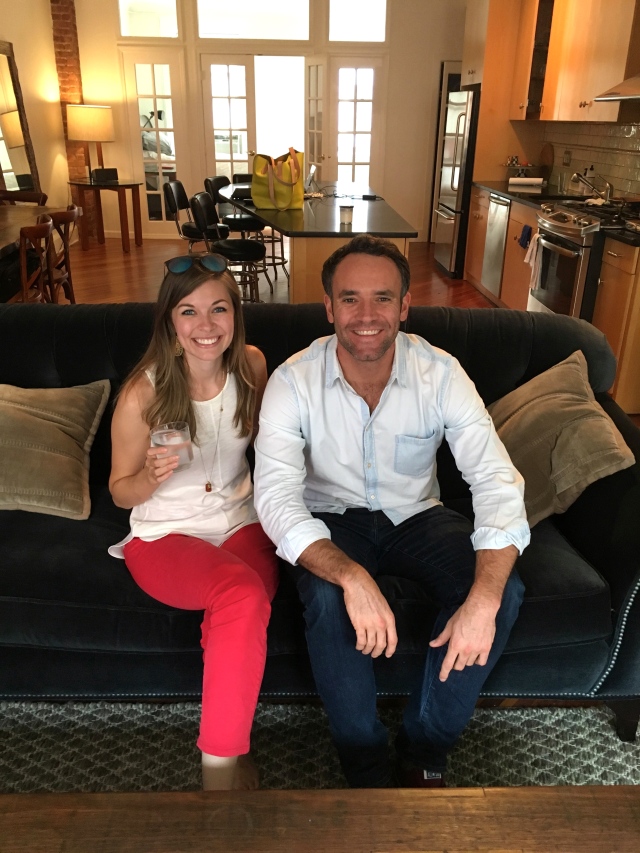 Loved my time away but also LOVE coming home to these boys.

Walking his other alligator down the sidewalk.

A little boy in a cardigan is just too much. 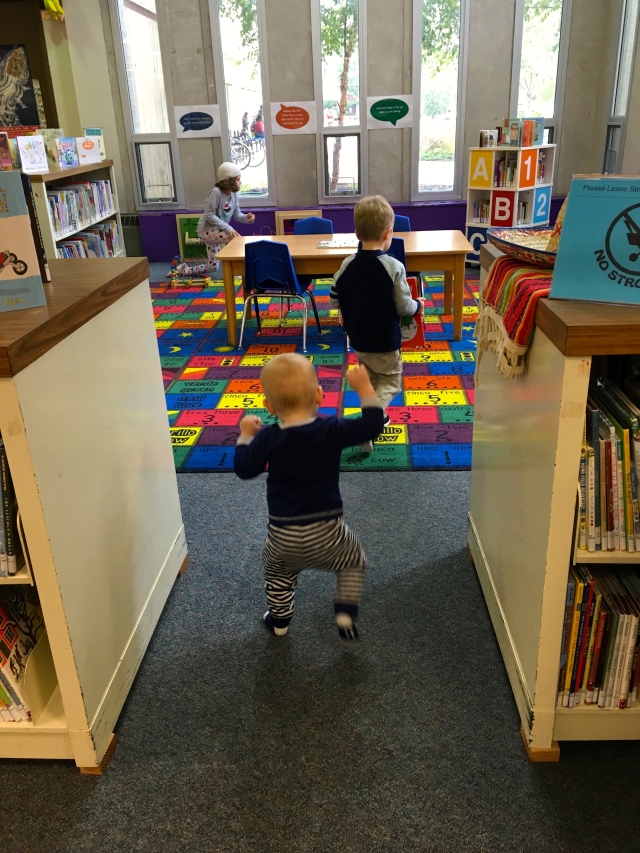